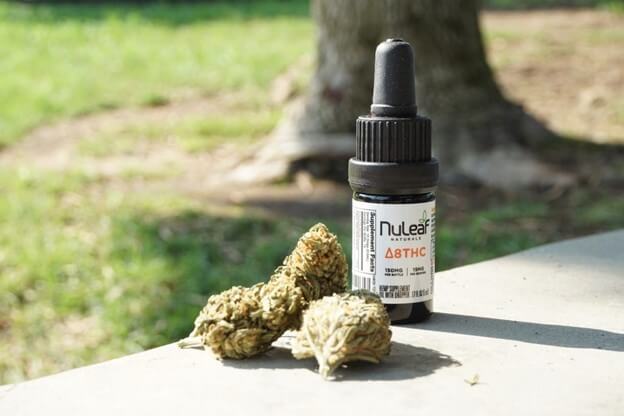 The use of cannabis as medicine isn’t new, and in fact, there are references to its’ use in medicine dating back to 2,000 years BC. Marijuana use hasn’t been confined to just the United States, there are global records of its use. In China, it was used to treat conditions such as malaria, constipation and rheumatism. Many are surprised to learn that marijuana remained in the United States pharmacopoeia until 1941. Up until that time, cannabis was freely available in shops. So how does it work and who should use it?

How Does It Marijuana Work?

Medical Marijuana primarily refers to the use of cannabis and its cannabinoids to treat disease or improve symptoms. Your body already produces marijuana-like chemicals that have a direct impact on pain and inflammation. Marijuana can sometimes accentuate those natural chemicals to help them work even better.

How Can Medical Marijuana Be Taken?

Medical marijuana may be consumed:

Side Effects of Medical Marijuana Usage

Side effects of marijuana usually don’t last long, but can include:

Some less common but more serious side effects can include severe anxiety and stress.

Can you fly with medical marijuana?

No, you cannot fly with medical marijuana because it is still illegal under federal law.

Does medical marijuana have thc?

Medical marijuana does have thc compounds, but unlike recreational marijuana, medical is mainly CBD-based.

How to apply for medical marijuana?

How much does it cost to get a medical card?

What does mmj stand for?

Can I use my hsa for medical marijuana?

Since marijuana is illegal under federal law, you can not use hsa for it.

What is the difference between recreational marijuana and medical marijuana?

Medical cannabis is different than recreational marijuana because it has lower levels of THC and higher concentrations cannabidiol (CBD). While both medical and recreational cannabis have THC, you stand to gain more medical benefits from a product with a higher CBD ratio.

No, since Tricare is a federal agency, it adheres to the complete illegality of marijuana under federal law.

Can you order medical marijuana online?

Can I renew my medical marijuana card online?

We offer virtual appointments to renew your medical marijuana card in the states of Pennsylvania, New Jersey, and Ohio.

Can you get a medical marijuana card with a felony?

The process to obtain medical marijuana for those who have a felony varies from state-to-state.

Does getting a medical marijuana card go on your record?

The answer is no in general, but not as simple as one would expect. The HIPAA prevents people from seeing their medical records unless they give consent for access. Because of this, they won’t be able to see your medical marijuana information. A potential employer may conduct different types of background checks using various criteria, including credit reports, personal history, and individual health records.

Studies show that medical marijuana can help restore normal levels and function to help depression. The active ingredient in marijuana is THC which helps reduce anxiety, stress, and pain. In addition, CBD oil has also shown promise for treating depression.

Can Medical Marijuana Help with Migraines?

Yes, medical marijuana has been proven to help some reduce migraine symptoms. Marijuana is effective in alleviating and preventing painful migraine headaches.

Early studies show cannabis molecules have the ability to attach to a patient’s nerve receptors to control pain signals in affected joints. This points to medical marijuana being a working treatment for arthritis pain.

How Does Cannabis Help Seizures?

Many patients with seizure disorders have found relief from taking medical marijuana, either alone or in conjunction with traditional medications. Medical marijuana has been used to control seizure activity for people who suffer from seizures but can’t tolerate anti-seizure medications.

Can Medical Marijuana be Used to Treat Anxiety?

Yes, several forms of anxiety can be helped with medical cannabis. Marijuana to treat social anxiety disorder has been effective in minimizing the overwhelming symptoms for people.

Can I get Medical Marijuana for Back Pain?

Yes, you can get medical marijuana for back pain. It is an alternative to traditional treatments.

Can I get a Medical Marijuana Card for Endometriosis?

Can I get a Medical Marijuana Card for Insomnia?

Can you Get a Medical Card for Concussions?

There isn’t a lot of current research into using cannabis for treating concussion symptoms but preliminary evidence suggests that the plant may offer some relief from these conditions.

Can you Get a Medical Card for Fibromyalgia?

Marijuana may be an option for some people who suffer from fibromyalgia. It has compounds that may help relieve some of the symptoms of fibromyalgia

Cannabis may help reduce vertigo but it is also important to note that medical marijuana can cause vertigo and dizziness as side effects.

Elite Alternative Medicine is a premier medical specialty clinic with a board certified physician, Dr. Russell L. Adams, providing direct patient care. We will work with you to navigate successfully through the process in New Jersey to obtain medicinal marijuana. Our office manager and staff will provide you with a professional and courteous experience.