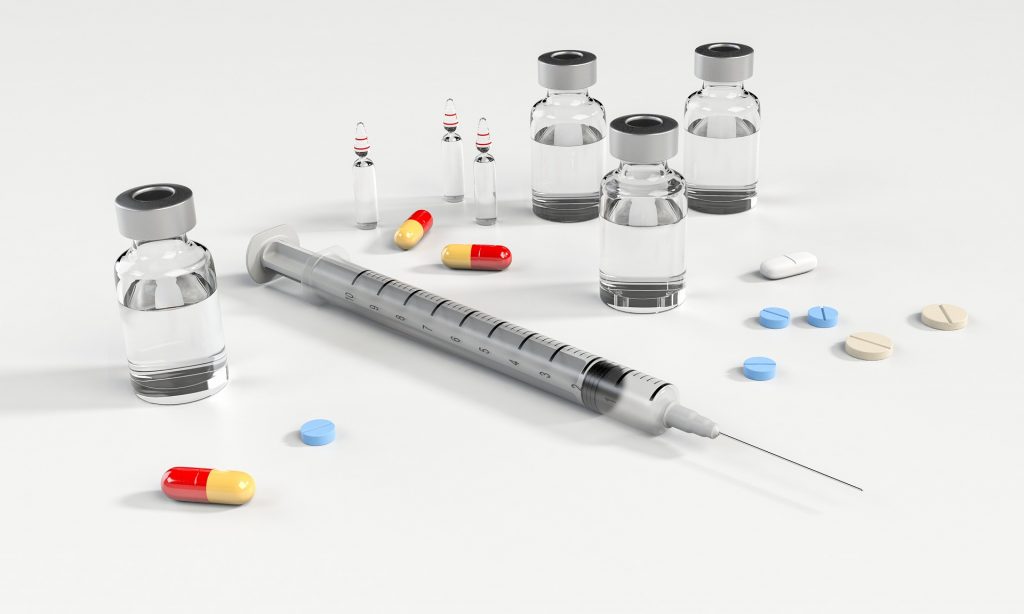 Since 1999, overdose deaths in the U.S. involving opioids (prescription painkillers and heroin) have more than quadrupled. Meanwhile, estimates suggest opioid abuse racks up over $72 billion in medical costs alone each year in the U.S., and the Bradfords’ report found that states with medical marijuana laws saved $165.2 million per year in medical costs. So while it remains contentious, a growing number of medical experts, and even some states, are considering the idea that medical marijuana should play a critical, and legal, role in combating the nation’s painkiller epidemic.

The ever-increasing severity of opioid addiction provides more justification than ever to pursue the largely overlooked potential of cannabis in the treatment of addiction, and the spread of medical marijuana laws around the country may help give those efforts a needed boost, experts say.

“It is important to move with a deep sense of urgency to leverage the opportunity presented by increased legalization of medical marijuana to expedite the development of cannabidiol for therapeutic interventions for opioid use disorder, thus curbing the opioid epidemic,” writes Yasmin L. Hurd, PhD, of the Friedman Brain Institute, Departments of Psychiatry and Neuroscience, Icahn School of Medicine at Mount Sinai, Center for Addictive Disorders, Mount Sinai Behavioral Health System, New York City.

In a review article published back in February of this year, in Trends in Neurosciences, Dr Hurd notes that although evidence involving humans is sorely lacking due to the continuing status of marijuana as a Schedule I drug, studies in preclinical animal models, particularly involving the phytocannabinoid cannabidiol, show promising improvements in opioid withdrawal symptoms and heroin-seeking behavior that need to be pursued in larger studies.

Research includes a study published in Addiction Biology in 2013 showing that cannabidiol inhibited the reward-facilitating effect of morphine, but not cocaine, in rats.

“Our results suggest that cannabidiol interferes with brain reward mechanisms responsible for the expression of the acute reinforcing properties of opioids, thus indicating that cannabidiol may be clinically useful in attenuating the rewarding effects of opioids,” the authors wrote.

Another study, published in the Journal of Neuroscience and conducted by Dr Hurd and colleagues, showed an important effect of cannabidiol in normalizing heroin-induced impairment in the endocannabinoid system and glutamate receptors in the striatum, suggesting a possible effect of normalizing synaptic plasticity in the region.

Among the scant research in humans is a pilot study, also conducted by Dr Hurd and colleagues, showing similar results in reducing heroin-related cue-induced craving in heroin abusers.

The strongest effects in that study were seen in reducing anxiety related to heroin cues. Similar to effects seen in animals, the reduction in general craving lasted for up to 1 week after the last administration of cannabidiol.

“[The study] serves as an important foundation, along with accumulating evidence in animal models, to warrant expedited efforts for additional clinical studies to evaluate the potential therapeutic benefits of cannabidiol as a treatment for opioid use disorders,” Dr Hurd writes.

In response to using marijuana to treat addiction, we can expect a volume surge on the oft-championed argument that the approach is just replacing one drug with another. However, those championing the so-called “cross-addiction” argument seem to forget that replacing one drug with another is the most common method applied in addiction treatment today. Go into a detox facility for alcohol, and benzodiazepines will be used to help with withdrawal symptoms. Go to detox for heroin or oxycontin, and you will be placed on an opioid like Suboxone or Methadone.

With the rising opioid problem in America, there is an equally strong push to make treatments more readily available, and affordable. Marijuana has long had a reputation as a “gateway drug” that leads to the use of drugs such as heroin, cocaine, etc… Of course, because marijuana is still officially classified in the U.S. as a Schedule I drug with no medical value, carefully controlled research using marijuana must receive approval from several federal departments. On the rare occasions that researchers do get approval, local politics can still thwart the study.

It is important to note that other factors besides biological mechanisms, such as a person’s social environment, are also critical in a person’s risk for drug use. An alternative to the gateway-drug hypothesis is that people who are more vulnerable to drug-taking are simply more likely to start with readily available substances such as marijuana, tobacco, or alcohol, and their subsequent social interactions with others who use drugs increases their chances of trying other drugs. Further research is needed to explore this question, and as long as Marijuana is classified as a schedule 1 drug, researchers will continue to hit roadblocks in trying to expand on the already limited information, on the issue.