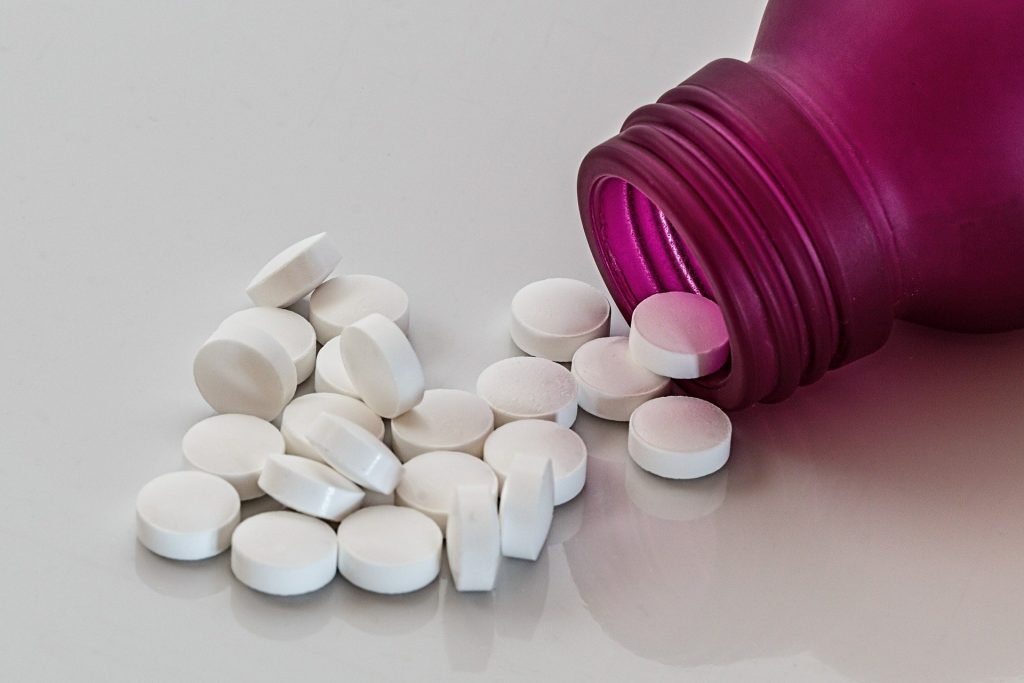 Antibiotics are the common choice of treatment when you’re facing a bacterial infection. For anything from strep throat to bacterial urinary tract infections, doctors will likely prescribe a course of antibiotics. Common antibiotics include amoxicillin, ciprofloxacin, and erythromycin. The treatment will likely last around seven days, during which time you may be wondering about drug interactions or doing anything to diminish the effectiveness of the antibiotics.

Antibiotics come with a list of suggestions for the user to ensure the treatment is as effective as possible. Unexpected things like consuming grapefruit can hinder the work antibiotics do for your body so it’s normal to wonder whether using cannabis during treatment is safe.

As with most medical questions, it’s always a good idea to consult your doctor about mixing marijuana and antibiotics. If their advice is not to consume marijuana while on antibiotics, you should follow that to avoid a potential affect with your medication. You don’t want to have to go on additional treatment cycles of antibiotics since overuse can be bad for your body and contribute to resistant bacteria.

Even if your doctor does not see any problem with your intention to consume cannabis while on antibiotics, you should still be aware of the potential adverse reactions you could face. 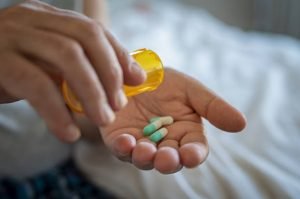 There is only a small chance that you’ll experience a problem when mixing marijuana and other medications, but the risk is still there. Specifically, patients taking macrolide antibiotics like troleandomycin can experience negative side effects from consuming cannabis during their antibiotics treatment.

Does Marijuana Interfere with Antibiotics?

The reason for this is that marijuana can inhibit the function of the cytochrome p450 enzymes that are produced in the liver. Since those enzymes are the ones responsible for synthesizing antibiotics like troleandomycin, marijuana use during treatment can render the antibiotics less effective. But this is only a concern for patients taking these specific kinds of antibiotics so be sure to look carefully at which kind of antibiotics your doctor prescribes for you.

Additionally, any patient using antibiotics to treat a lung infection or any other kind of respiratory infection will want to avoid smoking or vaping marijuana until they are feeling better. In that case, the concern is less about marijuana specifically than any kind of smoke or chemicals further irritating the organs needing treatment.

A common form of consuming medical marijuana is through edibles. Edibles are any type of food that contains an infusion of cannabis derivatives, usually being THC or CBD.

Edibles are typically safe to consume and can even be made in your own home, and they can kick in as soon as 30 minutes!

Can you do Edibles on Antibiotics?

Along with most medical questions, you should consult your doctor first. However, typically yes, you can take edibles while on antibiotics. Different antibiotics could have different side effects when mixing in an edible. This can lead to a possible upset stomach and other issues.

Can you eat an edible after taking Tylenol?

You should be fine to take a Tylenol after consuming an edible. However,  you should always consult your doctor and aware that you might experience an upset stomach.

With all that being said, some doctors are looking into possible positive interactions between antibiotics and marijuana. Some research has found that marijuana itself has antibacterial properties. Another study from Australia found that CBD, cannabis oil, killed different strains of bacteria in a lab, including those that were highly resistant to other antibiotics.

These studies are encouraging for everyone, not just marijuana users. But if you still have concerns about what it means to consume cannabis while on antibiotics after speaking to your doctor or doing additional research, there are alternatives.

Specifically, cannabidiol (CBD) is a great choice to provide many of the same healing effects of marijuana without affecting your body chemistry to the same degree. CBD is not psychoactive and can still help with concerns such as nausea, anxiety, and chronic pain. Because of its composition compared to that of marijuana, it is less likely to produce a negative interaction with antibiotics or any other prescription drugs you’re taking. It is still possible, though, so manage your dosage and don’t hesitate to talk to your doctor.

In essence, the answer to the question “does marijuana affect antibiotics,” is generally no. You can experience some weed and antibiotics side effects but the chance is low. The negative interactions that doctors and researchers have already identified are relatively mild. Only certain patients taking certain kinds of antibiotics need to avoid using marijuana and taking antibiotics at the same time. For those who do want to avoid marijuana during their antibiotics treatment, cannabidiol (CBD) is a great alternative.

Is It Safe To Take CBD While On Antibiotics?

Research is still in progress to determine how exactly CBD interacts with various prescription drugs. CBD can affect the medication levels in your body even when you are following your prescribed dosage. If you choose to use CBD while on a course of prescription drugs, you should pay attention to any differences you notice in how you’re feeling.

Mixing CBD and other drugs can increase the risk of experiencing side effects. It’s always a good idea to speak to your doctor before adding any new drugs or medications to your routine, including CBD. It is not advisable to stop taking your prescription drugs to take CBD so if you have concerns about potential negative interactions, consulting your doctor is your best bet.

What medications do not mix with CBD?

Mixing CBD and your regular prescription medications is generally safe and interactions are often minimal or nonexistent. That said, there are some medications that require you to employ extra caution before starting to use CBD.

Can You take CBD oil while on antibiotics?